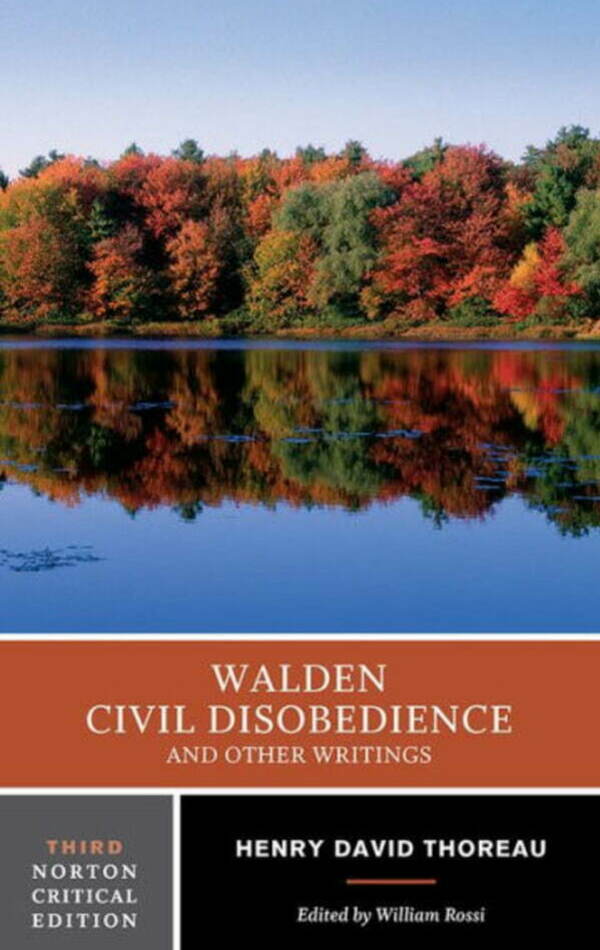 Walden, Civil Disobedience and Other Writings

As a unique feature, the Third Edition includes generous excerpts from Thoreau's journal, reprinted by special arrangements with Princeton University Press from the definitive edition of his writings. Spanning the years 1845-54, these selections vividly display Thoreau's intensive exploration of his local landscape; the fusion of literary and natural history field work that informs Walden, "Walking," and "Wild Apples"; and the growth of his environmental imagination.

"Reviews and Posthumous Assessments" for this edition collects eight new reviews of Thoreau's antislavery and late environmental essays as well as of Walden. To the influential portraits of Thoreau by Ralph Waldo Emerson and James Russell Lowell, the Third Edition adds John Burroughs's "Another Word on Thoreau," his response to them and to his great predecessor.

A Chronology of Thoreau's life and work, new to the Third Edition, and an expanded and updated Selected Bibliography are also included.