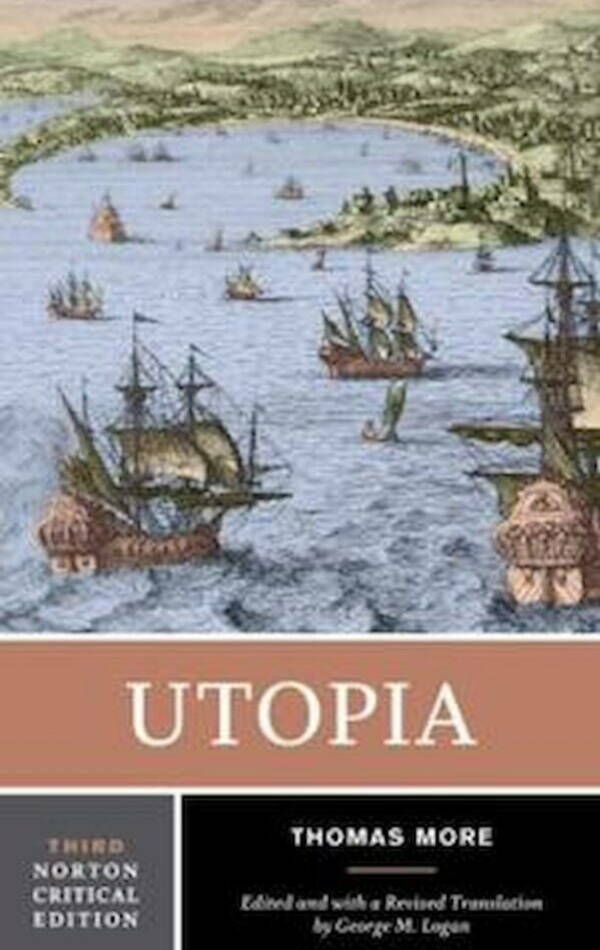 Based on Thomas More's penetrating analysis of the folly and tragedy of the politics of his time and all times, Utopia (1516) is a seedbed of alternative political institutions and a perennially challenging exploration of the possibilities and limitations of political action.

This Norton Critical Edition is built on the translation that Robert M. Adams created for it in 1975. For the Third Edition, George M. Logan has carefully revised the translation, improving its accuracy while preserving the grace and verve that have made it the most highly regarded modern rendering of More's Renaissance Latin work.

"Backgrounds" includes a wide-ranging selection of the major secular and religious texts-from Plato to Amerigo Vespucci-that informed More's thinking, as well as a selection of the responses to his book by members of his own humanist circle and an account by G. R. Elton of the condition of England at the time More wrote.

"Criticism" now offers a more comprehensive survey of modern scholarship, adding excerpts from seminal books by Frederic Seebohm, Karl Kautsky, and Russell Ames, as well as selections from stimulating and influential recent readings by Dominic Baker-Smith and Eric Nelson. In the final section, on "Utopia's Modern Progeny," the opening chapter of Aldous Huxley's Brave New World is now complemented by excerpts from another great work in the complex tradition of utopian and dystopian fiction, Ursula K. Le Guin's The Left Hand of Darkness. Throughout the Third Edition, the editorial apparatus has been thoroughly revised and updated.