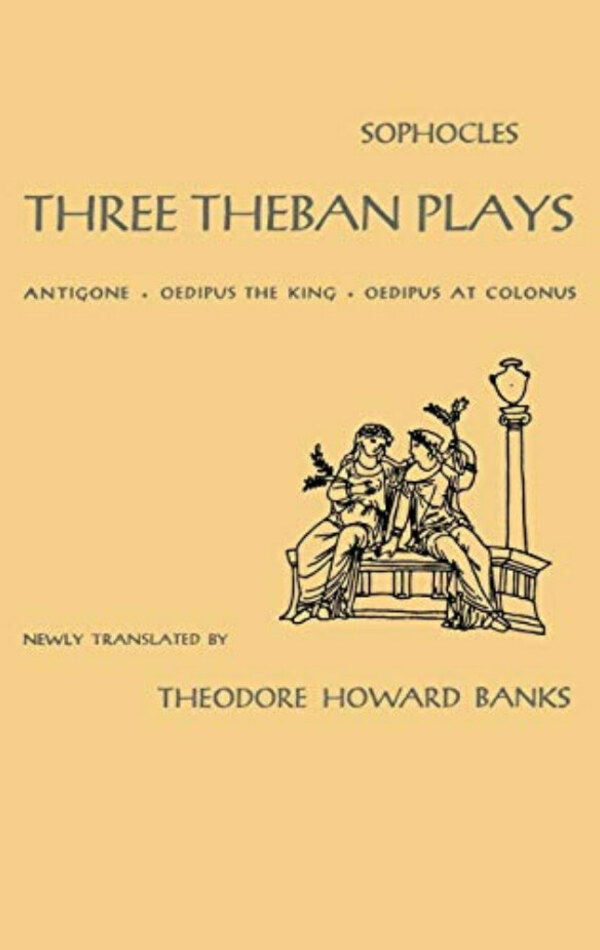 BOOK ONE: Antigone is a tragedy by Sophocles written in or before 441 BC. It is the third of the three Theban plays but was the first written, chronologically. The play expands on the Theban legend that predated it and picks up where Aeschylus' Seven Against Thebes ends. BOOK TWO: Oedipus Rex, also known by its Greek title, Oedipus Tyrannus, or Oedipus the King, is an Athenian tragedy by Sophocles that was first performed around 429 BC. Originally, to the ancient Greeks, the title was simply Oedipus, as it is referred to by Aristotle in the Poetics. It is thought to have been renamed Oedipus Tyrannus to distinguish it from Oedipus at Colonus. In antiquity, the term “tyrant” referred to a ruler, but it did not necessarily have a negative connotation. Of his three Theban plays that have survived, and that deal with the story of Oedipus, Oedipus Rex was the second to be written. However, in terms of the chronology of events that the plays describe, it comes first, followed by Oedipus at Colonus and then Antigone. BOOK THREE: Oedipus at Colonus is one of the three Theban plays of the Athenian tragedian Sophocles. It was written shortly before Sophocles' death in 406 BC and produced by his grandson (also called Sophocles) at the Festival of Dionysus in 401 BC. In the timeline of the plays, the events of Oedipus at Colonus occur after Oedipus the King and before Antigone; however, it was the last of Sophocles' three Theban plays to be written. The play describes the end of Oedipus' tragic life. Legends differ as to the site of Oedipus' death; Sophocles set the place at Colonus, a village near Athens and also Sophocles' own birthplace, where the blinded Oedipus has come with his daughters Antigone and Ismene as suppliants of the Erinyes and of Theseus, the king of Athens.