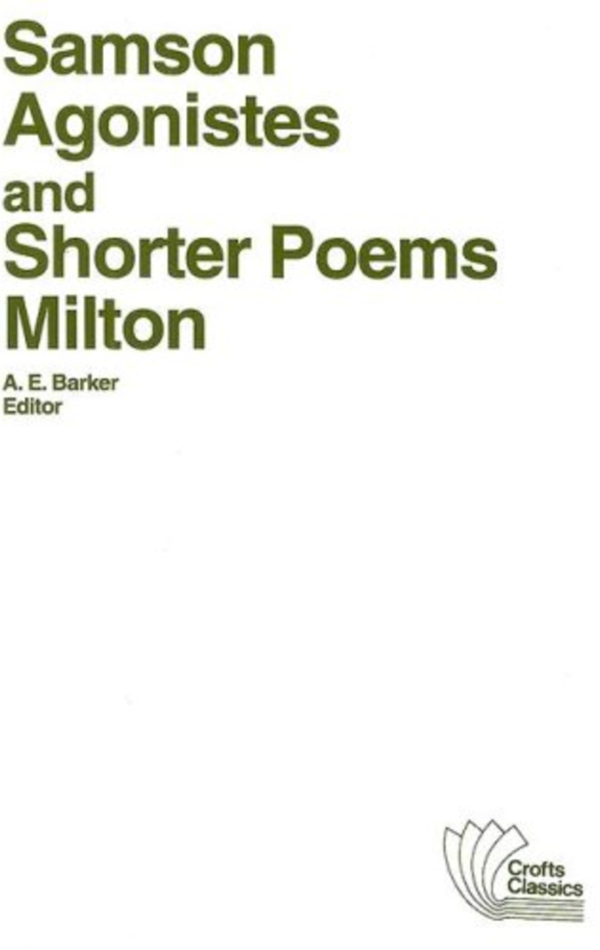 This volume contains the principal English poems of Milton's youth and early manhood, most of the sonnets written during the Puritan Revolution, when he was chiefly engaged in arguing public questions in prose, and Samson Agonistes, published three years before his death. Includes "Comus," "Lycidas," "L'Allegro," "Il Penseroso," "On the Morning of Christ's Nativity," and other shorter poems. With an introduction by Editor A. E. Baker, this edition also contains a list of principal dates in the life of Milton and a selected bibliography.