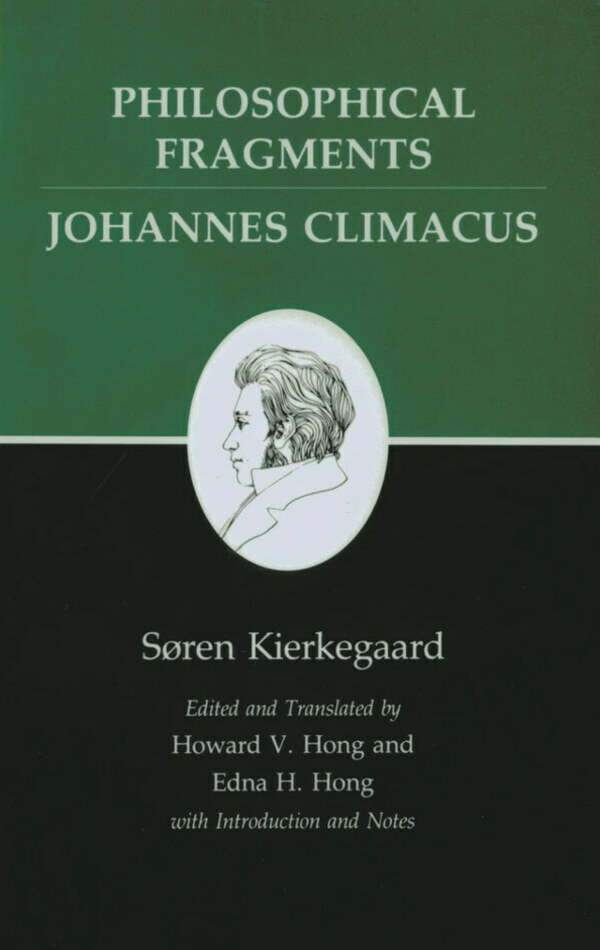 This volume contains a new translation, with a historical introduction by the translators, of two works written under the pseudonym Johannes Climacus. Through Climacus, Kierkegaard contrasts the paradoxes of Christianity with Greek and modern philosophical thinking. In Philosophical Fragments he begins with Greek Platonic philosophy, exploring the implications of venturing beyond the Socratic understanding of truth acquired through recollection to the Christian experience of acquiring truth through grace. Published in 1844 and not originally planned to appear under the pseudonym Climacus, the book varies in tone and substance from the other works so attributed, but it is dialectically related to them, as well as to the other pseudonymous writings. The central issue of Johannes Climacus is doubt. Probably written between November 1842 and April 1843 but unfinished and published only posthumously, this book was described by Kierkegaard as an attack on modern speculative philosophy by "means of the melancholy irony, which did not consist in any single utterance on the part of Johannes Climacus but in his whole life...Johannes does what we are told to do—he actually doubts everything--he suffers through all the pain of doing that, becomes cunning, almost acquires a bad conscience.
When he has gone as far in that direction as he can go and wants to come back, he cannot do so...Now he despairs, his life is wasted, his youth is spent in these deliberations. Life does not acquire any meaning for him, and all this is the fault of philosophy." A note by Kierkegaard suggests how he might have finished the work: "Doubt is conquered not by the system but by faith, just as it is faith that has brought doubt into the world!"