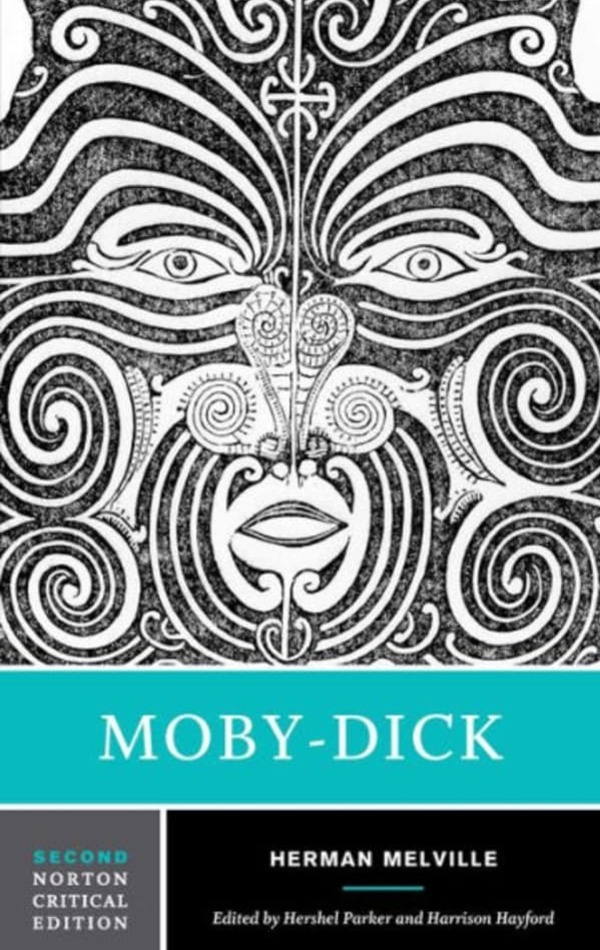 A section of "Whaling and Whalecraft" features prose and graphics by John B. Putnam, a sample of contemporary whaling engravings, as well as, new to this edition, an engraving of Tupai Cupa, the real-life inspiration for the character of Queequeg.

Evoking Melville's fascination with the fluidity of categories like savagery and civilization, the image of Tupai Cupa fittingly introduces "Before Moby-Dick: International Controversy over Melville," a new section that documents the ferocity of religions, political, and sexual hostility toward Melville in reaction to his early books, beginning with Typee in 1846.

The image of Tupai Cupa also evokes Melville's interest in the mystery of self-identity and the possibility of knowing another person's "queenly personality" (Chapter 119). That theme (focused on Melville, Ishmael, and Ahab) is pursued in "A Handful of Critical Challenges," from Walter E. Bezanson's classic centennial study through Harrison Hayford's meditation on "Loomings" and recent essays by Camille Paglia and John Wenke.

In "Reviews and Letters by Melville," a letter has been redated and a wealth of new biographical material has been added to the footnotes, notably to Melville's "Hawthorne and His Mosses." "Analogues and Sources" retains classic pieces by J. N. Reynolds and Owen Chase, as well as new findings by Geoffrey Sanborn and Steven Olsen-Smith. In "Reviews of Moby-Dick" emphasizes the ongoing religious hostility toward Melville and highlights new discoveries, such as the first-known Scottish review of The Whale. "Posthumous Praise and the Melville Revival: 1893-1927" collects belated, enthusiastic praise up through that of William Faulkner. "Biographical Cross-Light" is Hershel Parker's somber look at what writing Moby-Dick cost Melville and his family.

From Foreword through Selected Bibliography, this Sesquicentennial Norton Critical Edition is uniquely valuable as the most up-to-date and comprehensive documentary source for study of Moby-Dick.