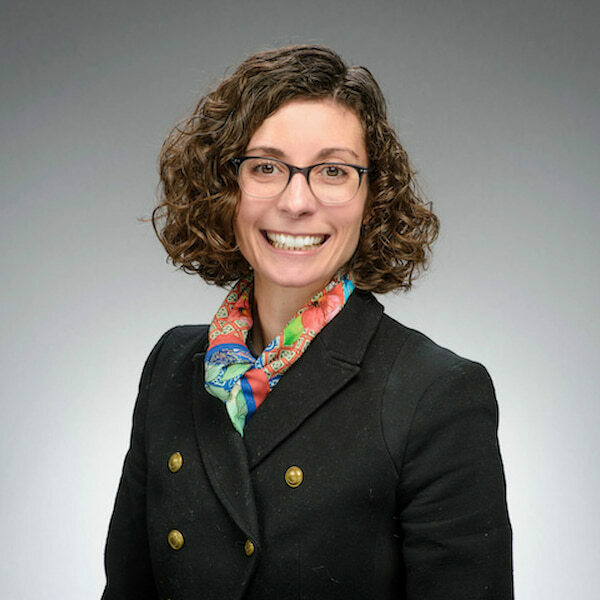 Katie Bugyis is a historian of Christian theology, liturgical practice, and material culture, who is particularly interested in reconstructing the lived experiences of religious women in the Middle Ages through their documents of practice and other material remains.

Her book, The Care of Nuns: Benedictine Women’s Ministries in England during the Central Middle Ages (Oxford University Press, 2019) , recovers the liturgical practices of Benedictine nuns in England from 900 to 1225 primarily through detailed analyses of the books their communities produced and used. Integrating methodological approaches yet to be employed in the study of these women—from ritual studies to manuscript archaeology—she demonstrates that they actively participated in the organization, performance, and memorialization of their liturgical practices, including public teaching and preaching, reading the gospel liturgically, hearing confessions, and offering intercessory prayers for others. Care of Nuns was awarded the American Society of Church History's 2020 Frank S. and Elizabeth D. Brewer Prize, which annually honors outstanding scholarship in the history of Christianity by a first-time author.

Bugyis is currently working on three other book projects. The first, Sainting the Abbesses of Barking Abbey: Alfgifu, Goscelin, and their Legacy, is a collaboration with Stephanie Hollis and Michael Wright of the University of Auckland. This volume presents English translations of and interpretative essays on the most significant and extensive collection of original Latin saints’ lives, liturgical texts, and chronicled events assembled for a community of religious women in England during the Middle Ages: the dossier of texts that the itinerant Flemish monk, Goscelin of Saint-Bertin, composed in the late eleventh century for the community of Benedictine nuns at Barking Abbey in Essex at the behest of the reigning abbess, Alfgifu. The second project, The Matter of Liturgy in Benedictine Women’s Communities in Medieval England, reclaims the materiality of Benedictine nuns’ liturgical practices by viewing these women as “technologists” who transformed—and were transformed by—their sensual engagement with the objects they created, acquired, handled, and treasured. This book situates every object within the ritual contexts in which it was used; interrogates the scripts directing interactions with it; and highlights its abilities to transfigure appearance, refashion identity, and reinvest authority and agency. The third project, Hives of Prophets: Religious Women as Honeybees in the Middle Ages, documents and analyzes the ubiquitous and diverse metaphorical appropriations of bees, their hives, and their honeyed creations by medieval religious women in theological treatises, visions, saints’ lives, chants, illuminations, and other textual and artistic productions. It takes a comparative approach, spanning Western Europe and the various forms of religious life to which women devoted themselves throughout the Middle Ages, to determine how and why these women metaphorically became bees in order to authorize their prophetic speech acts, liturgical and pastoral ministries, communal and solitary forms of life, and circumvention of clerical control.

Bugyis has published numerous book chapters and articles, in such journals as Speculum, Traditio, Church History, The Journal of Ecclesiastical History, and Journal of Medieval History. She also has coedited two volumes, Women Intellectuals and Leaders in the Middle Ages (D.S. Brewer, 2020) and Medieval Cantors and Their Craft: Music, Liturgy, and the Shaping of History (York Medieval Press, 2017). Her research has won fellowships and grants from the American Council of Learned Societies, the Medieval Academy of America, the Andrew W. Mellon Foundation, the Pontifical Institute of Mediaeval Studies, and the Radcliffe Institute for Advanced Study at Harvard University.