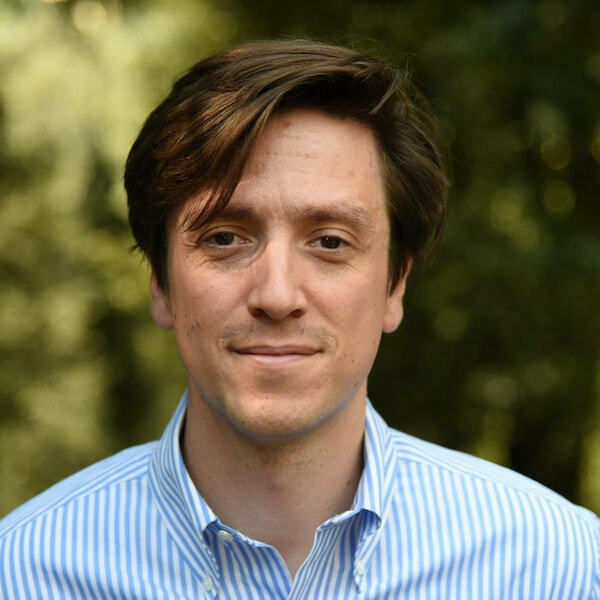 Robichaud’s research is on the long history of Platonism from 270-1499, a period that stretches from the death of Plotinus (270), the founder of a philosophical movement commonly known as Neoplatonism, until the death of Ficino (1499), who is single handedly responsible for integrating the largest body of Greek philosophical texts into late medieval Latin philosophy. He therefore studies what could be considered the long Middle Ages, a period that might also be divided into (late) ancient, medieval, and Renaissance philosophy. He is especially interested in the history of Platonism and its intersections with religious traditions.

His research also engages with various aspects of philology, premodern manuscript and Early Modern book studies, as well as humanist commentary and textual practices. He conducts careful philological and paleographical research in Latin and Greek manuscripts and

His articles have appeared in Renaissance Quarterly, the Journal of the Warburg and Courtauld Institutes, and Vivarium: A Journal for Medieval and Early-Modern Philosophy and Intellectual Life. His book Plato’s Persona: Marsilio Ficino, Renaissance Humanism, and Platonic Traditions was published by the University of Pennsylvania Press in 2018. He co-edited Marsilio Ficino’s Cosmology: Sources and Reception as a special issue of Bruniana & Campanelliana(2020). He is presently preparing critical editions and book-length studies of Ficino’s Latin translations of Iamblichus’s De Secta Pythagorica and Theon of Smyrna’s Mathematica, as well as a translation and study of Giovanni Pico della Mirandola’s De ente et uno, and a study of Thomas Aquinas’s philosophy.

Robichaud won a Doctoral Fellowship from the Social Sciences and Humanities Research Council of Canada (SSHRC), as well as the Danial Coit Gilman Fellowship and the Charles Singleton Fellowship from Johns Hopkins University. In 2008, he was a scholar in residence in the Classics department of Dartmouth College. He was the 2012 Frances A. Yates Fellow at the Warburg Institute, School of Advanced Study, University of London. In 2016, he received the Olivia Remie Constable Prize in Medieval Studies to be a Fellow at Harris Manchester College, Oxford. In 2018, he was a scholar in residence at the School of Religious Studies at McGill University. He won the Phyllis W. G. Gordan / National Endowment for the Humanities Rome Post-Doctoral Prize and was a resident fellow at the American Academy in Rome during the academic year of 2018-19. During the 2020-21 academic year he was the Jean-François Malle Fellow at I Tatti, the Harvard University Center for Italian Renaissance Studies.

Presently, at the University of Notre Dame, Robichaud serves as a member of the Advisory Committee of the Workshop on Ancient Philosophy. He is also a steering committee member of the History of Philosophy Forum at the University of Notre Dame. Robichaud has concurrent appointments as an Associate Professor with both the Department of Philosophy and Department of Romance Languages and Literatures and is a faculty fellow with Medieval Institute. He is an affiliated faculty with the Center for Italian Studies. Robichaud is also Affiliate of the School of Religious Studies, McGill University, Montreal.