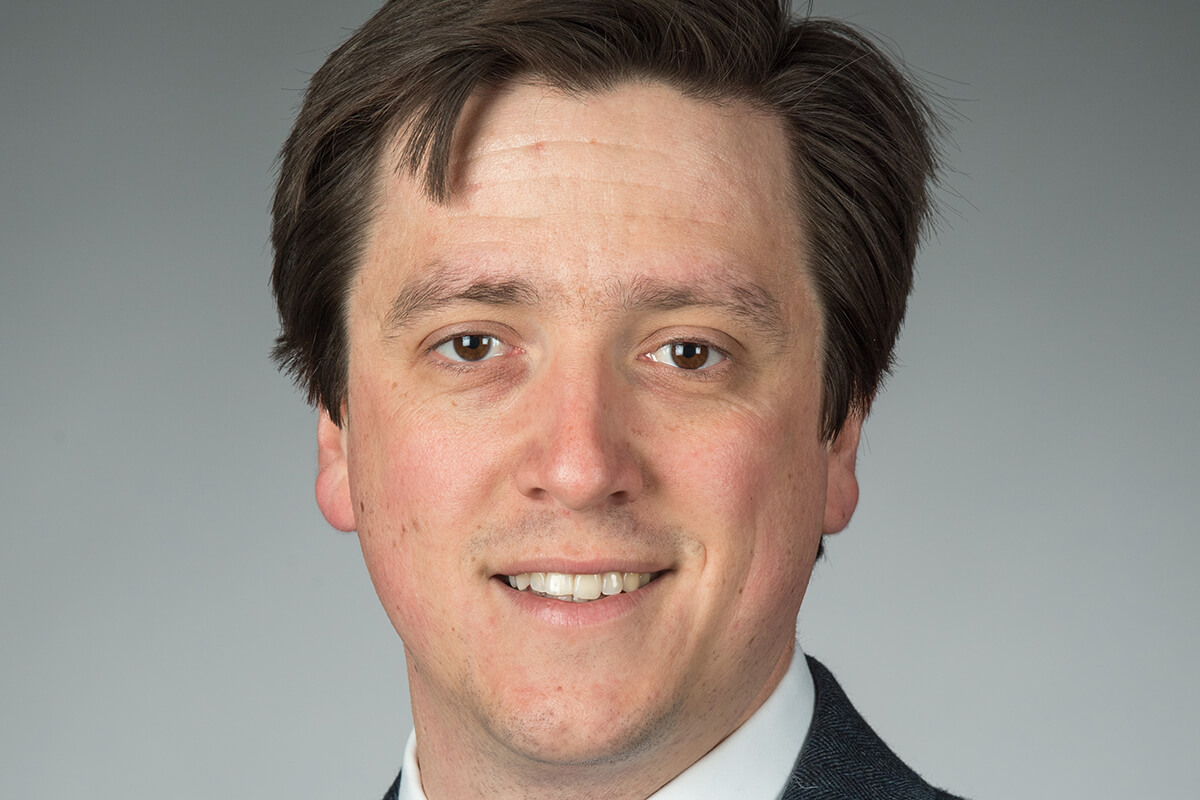 Denis Robichaud, an associate professor in the Program of Liberal Studies, has been awarded the Phyllis W.G. Gordan / National Endowment for the Humanities Post-Doctoral Rome Prize in the field of Renaissance and Early Modern Studies.

Robichaud was one of 29 Rome Prize winners this year, chosen from among nearly 1,000 artists and scholars across the United States. 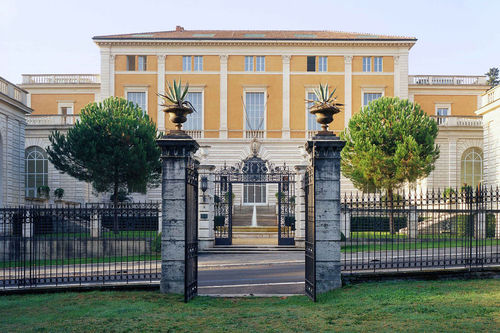 The American Academy in Rome

The prize allows him to serve as a resident fellow at the American Academy in Rome for the 2018–19 academic year, where he will continue work on his book, the Marsilio Ficino Editions Project.

“This is an invaluable opportunity that will give me the time and resources to complete my second book,” he said. “It also allows me to be part of the diverse American Academy community, getting to know other scholars and artists and their work, which is going to be fantastic.”

Robichaud’s project is a critical edition and study of 15th-century philosopher Marsilio Ficino’s Latin translations of a group of ancient Greek works, De Secta Pythagorica (On the Pythagorean School).

Those texts on the philosophy of mathematics, written by late third- and early fourth-century Syrian philosopher Iamblichus, were lost in Western Europe for centuries. Ficino, most famous for translating all of Plato’s dialogues, rediscovered and translated them, creating manuscripts that circulated well into the 17th century.

“Ficino was one of the first philosophers to make use of the printing press,” Robichaud said. “And he was a great translator. But the interesting thing is that while he made this massive translation of these texts by Iamblichus and circulated them, he never printed them.

“One of my goals in this project, beyond editing the texts and printing them for the first time, is studying who read them, how they used them, and why they were important.”

Robichaud first began his research on Ficino as an undergraduate student interested in both ancient philosophy and the Italian Renaissance. 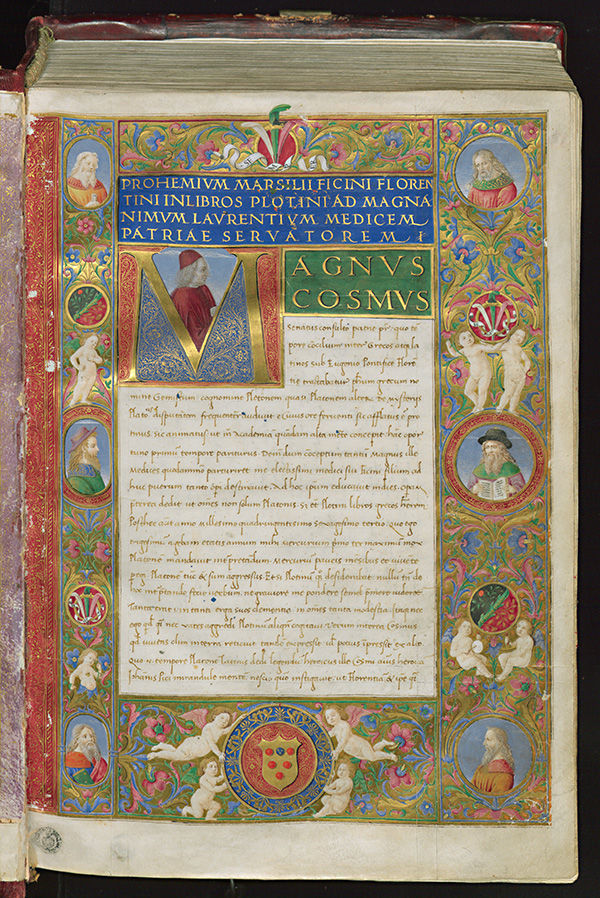 A deluxe manuscript of Ficino’s edition of Plotinus’s Enneads

“Both topics converge in this one interesting figure. Ficino is so instrumental as a gatekeeper between the ancients and the moderns,” Robichaud said. “He translated all this Platonic philosophy into Latin and therefore shaped and transformed our understanding of ancient philosophy.

“And while some people say he made mistakes in interpreting the texts, the historical reasons why he made mistakes are just as interesting to me — they are often intelligent choices that reflect his intellectual context. He had a brilliant understanding of Platonism, but he was also an excellent student of other schools of ancient and medieval philosophy, as well as Christian theology.”

His position in PLS allows Robichaud to continue focusing on both historical periods.

“If I were at another university, narrowly focused on the 15th century, I wouldn’t have the teaching opportunities I have here,” he said. “PLS isn’t a classical traditions department, but we place an emphasis on teaching our students the great works of ancient philosophy and literature, whether it’s Homer, Plato, Aristotle, or Virgil. Teaching that material daily gives me a breadth I wouldn’t have in another program, and that definitely informs my work.”

“I think one of the reasons I won the Rome Prize is that I am already fairly advanced on this project,” he said. “And that’s because I was lucky enough to receive support from Notre Dame to travel to Rome, Hamburg, and Oxford. That really laid the groundwork for me to be where I am now.”

“I think one of the reasons I won the Rome Prize is that I am already fairly advanced on this project. And that’s because I was lucky enough to receive support from Notre Dame to travel to Rome, Hamburg, and Oxford. That really laid the groundwork for me to be where I am now.”

Spending the coming year in Rome will not only give Robichaud the opportunity to complete the project, but may inspire future research projects as well, he said.

“The Vatican’s Apostolic Library, where most of the manuscripts I’ll be studying are housed, is one of the greatest treasure chests of rare books and manuscripts in the world. And this is probably the only time in my life I’ll have a whole year to explore that library and its holdings,” Robichaud said. “And then there are many other rare book and manuscript libraries in Rome. I could spend a lifetime in those libraries, and it is a great privilege to be able to work there.”

Originally published by Carrie Gates at al.nd.edu on August 01, 2018.