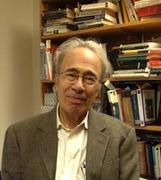 To support the translation from the French of selected sonnets and other poems by Pierre de Ronsard. Ronsard (1524-85), one of the greatest poets of the Renaissance, was the leader of the famous Pléiade group of poets in 16th-century France. Steeped in the classics, his aim was to renovate and enrich French poetry and the French language. An extraordinarily prolific poet, Ronsard wrote sonnets, odes, hymns, elegies, discourses, satires, and epigrams, as well as an unfinished epic. His poetry was celebrated in his own time and had a major influence on subsequent French poetry. His sonnets, written in the Petrarchan form, are to French poetry what Shakespeare’s are to English. This collection will include approximately 150 sonnets by Ronsard, among them his most famous, as well as several of his elegies and discourses.

Henry Weinfield is a poet, translator, and literary scholar. His translations include the Collected Poems of Stéphane Mallarmé and (with Catherine Schlegel) Hesiod’s Theogony and Works and Days. In addition, he is the author of Without Mythologies: New and Selected Poems, The Blank-Verse Tradition from Milton to Stevens: Freethinking and the Crisis of Modernity, The Music of Thought in the Poetry of George Oppen and William Bronk, The Poet without a Name: Gray’s Elegy and the Problem of History, and many poems and essays.