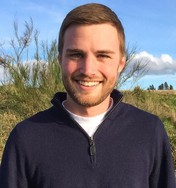 "Beyond providing me with an incredible undergraduate experience, many lifelong friends, and a lasting love of reading, PLS helped solidify my passion for human development and gave me the skills I needed to be successful as I pursue that passion."

When I arrived at Notre Dame in 2008 I had a budding interest in both business and development work.  Because of this I was unsure of a "non-practical" major like PLS, but the opportunity to read through the literary cannon and spend each class period wrestling with some of life's most profound questions was too intriguing to ignore.  In the PLS program I was engaged in every single class, learning how to think quickly on my feet and articulate complex ideas succinctly, supporting them with evidence lest I be challenge by another one of my well-prepared peers.  I was able to pursue other opportunities to gain business experience by participating in the Arts and Letters Business Boot Camp, securing an internship with the NYC triathlon in NYC during the summer, interning with a finance firm in London while studying abroad, and researching economic development in Johannesburg, South Africa through an ISSLP.

Immediately after graduation I joined the Boston Consulting Group as an Associate (as a side note all 3 students hired by BCG from Notre Dame that year were A&L majors), in their New York office.  In many ways BCG gave me a "PLS of business" experience as I worked on cases for companies in industries spanning retail and consumer goods, pharmaceutical, private equity, and even education technology.  I also covered projects ranging from two week due diligences to several-month growth strategy cases to 9 month merger integration projects. I was able to learn the hard skills of financial modeling and presentation design on the job, and my PLS background gave me the skills I needed to excel at consuming massive amounts of new information about a new industry and company at the start of each case.  I also consistently relied on my PLS-honed ability to sort through piles of research and reading to extract important information and distill it into a few key words or images for client presentations.

After two years at BCG I got the opportunity to go on secondment with the Bill and Melinda Gates Foundation and pursue my passion for development work as a member of the finance and strategy team.  At the Gates Foundation I was involved in a variety of projects, including leading the effort to model the updated cost to globally eradicate polio for the Global Polio Eradication Initiative.  After months of international consensus-building, we determined that completing global eradication would require an additional $1.5B, which kick-started a broad resource mobilization effort.  After a little over a year with the finance and strategy team I switched over to the Integrated Delivery team as an Associate Program Officer, focusing on their internal strategy and primary health care systems strengthening.

Starting in the fall of 2016 I will be heading to Cambridge to complete a joint MPP/MBA degree at the Harvard Kennedy School and the Harvard School of Business.   As I prepare to return to school, I fondly reflect on my time in the PLS program at Notre Dame and eagerly anticipate experiences which are yet come.  Beyond providing me with an incredible undergraduate experience, many lifelong friends, and a lasting love of reading, PLS helped solidify my passion for human development and gave me the skills I needed to be successful as I pursue that passion.  By learning "how to learn" instead of focusing primarily on content knowledge during my undergraduate career I am confident that I will be able to adapt and thrive in future environments and contexts no matter where life leads me.

Peter S. Gonzales, a commercial litigation associate at Hinshaw & Culbertson LLP in Chicago, is the newest member of the Institute for Latino Studies (ILS) Advisory Council.

As a young alum on the council, he will advance Notre Dame’s mission by serving as an ambassador for ND in his community and profession. Specifically, he will provide counsel and professional expertise, advance research aims, leverage his networks to provide opportunities for students and graduates, and support University priorities, including those relevant to ILS. Read More

Carrie Sweeney ’03 has spent much of her career learning on the job in fast-paced, high-tech environments. As she has risen through the ranks of companies like Google and Pinterest, Sweeney has drawn on the strong foundation she built as a Program of Liberal Studies major at Notre Dame. “Spending those four precious years on campus doing something that you can’t do any other time — shaping your worldview, your ethos by engaging with great texts — that’s just irreplaceable,” Sweeney said. “You can go learn about balance sheets afterward, whether that’s on the job or by getting an MBA. But there’s never going to be a time in life when you can really grapple with foundational ideas as effectively as you can while you’re at Notre Dame.”  Read More

PLS/GP alumus James Goodwin '61 was recently featured in Notre Dame Magazine. Goodwin is an attorney in Tulsa, Oklahoma, and the publisher of the city's Black newspaper, The Oklahoma Eagle. In September, Goodwin also participated in the ND Klau Center's "Building an Anti-Racist Vocabulary" project, where he spoke about the 1921 Tulsa Massacre. You can watch the video here Read More

The Program of Liberal Studies is pleased to announce the Twenty-Third Annual Summer Symposium. Details can be found here. All PLS/GP alumi are invited to join us for another stimulating week of seminars led by current and emeriti Program faculty. Read More

This year’s Catholic Studies Christmas Lecture takes a closer look at the evolution of St. Nicholas, the saint whose feast the Catholic Church celebrates each year on December 6.
Read More

The Program of Liberal Studies’ motto — Learn what it means to be human — is a phrase that Notre Dame senior McKenna Cassidy has taken to heart. She grappled with big ideas in her Arts and Letters courses, traveled to Italy to research Renaissance mealtime rituals, and followed her passions to a career in the wine industry. “That motto is a wonderful goal for each individual,” Cassidy said. “It is important to understand who I am and why I’m here, and I’m grateful for the space that the College of Arts and Letters has created for me to discern that question.” Read More

With a Side of Knowledge is a podcast produced by the Office of the Provost at the University of Notre Dame. The 10th episode of the show’s third season, “On Democracy and Difficult Questions,” was released Thursday, Dec. 5, and features Chris Beem, managing director of the McCourtney Institute for Democracy at Penn State University.  Read More 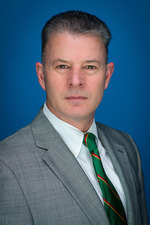 For his entire academic career, Sean Reardon ’86 has sought to use his passions — the humanities and quantitative research — to make a difference in the field of education. One of the nation’s leading experts on educational inequality, Reardon researches how opportunities and outcomes vary in the United States for students of different racial, ethnic, or socioeconomic backgrounds. Reardon’s path to his current position, Professor of Poverty and Inequality in Education at Stanford University, is long and sprawling. It includes stops on a South Dakota Indian Reservation, a New Jersey Quaker school, and further academic work at Harvard and Penn State — but it all began at Notre Dame. Read More

The President nominated Michael Leary (PLS '86) to fill the position of Inspector General of the Social Security Administration.  We have included the link to the White House web site for the announcement.

Adam Frisch ’07 sat across from a four-star admiral, trying to talk his way onto a nuclear submarine. Specifically, Frisch had to explain to the senior officer how a Program of Liberal Studies major could succeed studying nuclear propulsion. The simplest answer was the best one. Read More

University of Notre Dame graduate Mark Gallogly and his wife, Lise Strickler, have made a $10 million gift to the University to endow the Rev. James E. McDonald, C.S.C., Center for Student Well-Being.

“The health of our students is an utmost priority, and the McDonald Center will enable us to more effectively and comprehensively support their mental and other health needs,” said Rev. John I. Jenkins, C.S.C., Notre Dame’s president. “I am grateful to Lise and Mark for their extraordinary generosity and their decision to honor my brother in Holy Cross, Father Jim McDonald." Read More

Despite knowing very little about finance at the time, Kevin Becker landed a choice position as an analyst at Morgan Stanley after he graduated from Notre Dame in 1988. Becker had majored in the Program of Liberal Studies and his academic background was centered on the Great Books, from Plato to Euclid to Dostoyevsky. That training in analytical thinking, he says, was exactly what Morgan Stanley wanted. Read More

“You can never go wrong having the Great Books of the Western world sort of in your hip pocket in terms of making decisions,” says Tom Franco ’74, a partner at Clayton, Dubilier, and Rice, LLC (CD&R), a private equity investment firm based in New York City. “A lot of business is making judgments and having the context to do that, so I would say that a liberal arts background is a welcome addition to the investment decision making process.” Read More

“You can never go wrong having the Great Books of the Western world sort of in your hip pocket in terms of making decisions,” says Tom Franco ’74, a graduate of Notre Dame’s Program of Liberal Studies and a partner at Clayton, Dubilier, and Rice, LLC (CD&R), a private equity investment firm based in New York City. “A lot of business is making judgments and having the context to do that, so I would say that a liberal arts background is a welcome addition to the investment decision making process.” Read More

A movie produced and co-written by University of Notre Dame alumnus John Hibey ’05 was awarded the jury prize for short filmmaking at the 2012 Sundance Film Festival in Park City, Utah. The winning film, Fishing Without Nets, tells a tale of a poor, young Somali fisherman who ends up joining a group of pirates. Read More

Dan O’Brien ’99 has always considered himself an actor and now he is a successful professional. As a lead on the NBC sitcom Whitney, he can share his passion for performance with all of America. O’Brien says he did not major in theater at Notre Dame because he knew already that his passion was for acting and he was not particularly interested in the technical and behind-the-scenes work which the major entailed. Instead, he participated in the College of Arts and Letters’ Program of Liberal Studies and took as many acting classes as he could. Read More

Strong Bodies Fight, a film which chronicles the University of Notre Dame’s Bengal Bouts charity boxing tournament, was recently named Best Sports Documentary at the 2011 Action on Film International Film Festival in Pasadena, Calif., and won the Audience Choice Award from the Chicago United Film Festival. Produced by writer Mark Weber ’09 and director William Donaruma ’89, a professor in the Department of Film, Television, and Theatre, the film has been building a winning record at film festivals. Read More

A graduate of Notre Dame’s Program of Liberal Studies, Kelly Gleason ’98 was leading a team of maritime archeologists on a research expedition some 600 miles northwest of Honolulu when they discovered a gem of maritime—and literary—history: the resting place of a ship called the Two Brothers, which wrecked on a reef in 1823. The ill-fated Nantucket ship was captained by George Pollard Jr., whose earlier whaling vessel, the Essex, was rammed by a whale and sunk in 1820, inspiring author Herman Melville’s novel Moby Dick. Read More