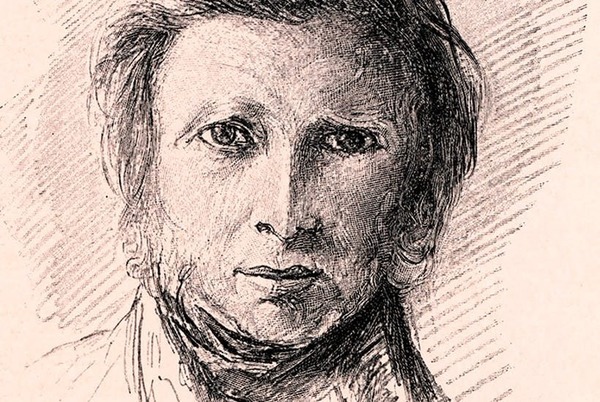 On February 8, 2019, the 200th anniversary of John Ruskin’s birth, the BBC published a feature asking “Was John Ruskin the most important man of the last 200 years?” The question is entirely warranted. John Ruskin, Victorian art critic turned social commentator, was an early analyst of the damage done to the earth by industrialization, and placed questions of beauty at the heart of all his writings on science, architecture, urban environments, painting, economics, education, and what we now call ecology. Deeply trained in scripture by his evangelical parents and in classics by his education at Oxford, Ruskin was a champion of the most innovative British painters of the nineteenth century, an activist deeply committed to the education of the working class, and a utopianist, whose plan for a Guild of St. George tried to model a community that would honor both the earth’s and the human worker’s need for connection and replenishment. Leaving behind an enormous body of writing, Ruskin continues to influence art history, architecture, literary studies, political theory, ethics, environmental studies, and schooling. This conference, convening on the weekend of his 201st birthday, will explore how his legacy continues to challenge the disciplinary divides that separate art from science and ethics from economics; and how his critique of Victorian capitalism and industrialization can address our own concerns today.

The conference will engage not just with Ruskin’s writing, but with the very wide impact Ruskin’s ideas continue to have in the world.  William Morris began the Arts and Crafts Movement largely animated by ideas Ruskin popularized. Mohandas Gandhi famously credited Ruskin’s Unto the Last with beginning his life’s work. Countless schools and centers for continuing education have been influenced by his writing on working-class education and by the practices he advocated as Slade Professor of Fine Arts at Oxford University. The Guild of St George which Ruskin founded as a utopian community designed to reconcile the worker to nature continues to operate today, alongside the Ruskin in Wyre Project, a philanthropic project committed to the intertwined projects of Forest Preservation and handicraft production. His house and gardens in Cumbria, Brantwood, have not only been beautifully restored, but continue to be a site of where Ruskin’s ecological principles are put into practice.  Participants include scholars who have studied these projects, and those who continue to be active in them. The conference will be accompanied by a small exhibition in Rare Books and Special Collections. Our Library holds a large collection of early Ruskin imprints, reflecting his importance for the young University of Notre Dame.

On the evening of Ruskin’s birthday, February 8, Clive Wilmer – poet, Cambridge professor, and Master of the Guild of St George – will offer the inaugural Ruskin Birthday Address. This Address will be an annual event, focused on the Anthropocene and the humanistic response to it.

Siobhan Carroll is associate professor of English at the University of Delaware with a strong interest in eco-criticism and British literature. She is the author of An Empire of Air and Water: Uncolonizable Space in the British Imagination, 1750-1850and also has written and published several  original science fiction short stories.

Frederic Albritton Jonsson: Associate Professor of History at the University of Chicago. Author of Enlightenment’s Frontier: the Scottish Highlands and the Origins of Environmentalism, and co-author with Vicky Albritton of  Green Victorians: The Simple Life in John Ruskin’s Lake District.

Sandra Kemp: Professor, Lancaster University, and Director of the Ruskin Library and Research Centre for Culture, Landscape and the Environment. Author of Kipling’s Hidden Narratives, and editor of the Oxford Companion to Edwardian Fiction.

Deanna Kreisel: Associate professor of English at the University of British Columbia, and co-founder of Vcologies, an international working group of nineteenth-centuryist scholars interested in ecocriticism and environmental studies. Author of Economic Woman: Demand, Gender, and Narrative Closure in Eliot and Hardy.

Eugene McCarraher: Eugene McCarraher: Associate Professor of Humanities and History at Villanova University. Author of articles on Ruskin’s economic thought as part of his current project; his forthcoming book is entitled The Enchantments of Mammon: How Capitalism became the Religion of America.

Sara Maurer: Associate Professor of English at the University of Notre Dame. Author of The Dispossessed State. Narratives of Ownership in Nineteenth-Century Britain and Ireland.

Benjamin Morgan: Associate Professor of English at the University of Chicago. Author of The Outward Mind: Materialist Aesthetics in Victorian Science and Literature.

Lars Spuybroek: Professor of Architecture at the Georgia Institute of Technology. Author of The Sympathy of Things: Ruskin and the Ecology of Design.

Judith Stoddard: Associate Professor of English and Interim Associate Provost of Graduate Education and Dean of the Graduate School at Michigan State University. Author of Ruskin’s Culture Wars: Fors Clavigera and the Crisis of Victorian Liberalism.

Laura Dassow Walls: William P. and Hazel B. White Professor of English at the University of Notre Dame. Author of Henry David Thoreau: A Life, and The Passage to Cosmos: Alexander von Humboldt and the Shaping of America.

Amy Woodson-Boulton: Associate professor of history at Loyola Marymount University. Author of  Transformative Beauty: Art Museums in Industrial Britain, and editor of Visions of the Industrial Age, 1830–1914: Modernity and the Anxiety of Representation.

The organizers and principal sponsors of this event are the Reilly Center for Science, Technology, and Values; Notre Dame Research; and the Institute for Scholarship in the Liberal Arts. We gratefully acknowledge the sponsorship as well of: Notre Dame Energy; the Department of Art, Art History, and Design; the Notre Dame Institute for Advanced Study; the de Nicola Center for Ethics and Culture; Sustainability Studies; the William P. and Hazel B. White Chair; the Department of English; and the Program of Liberal Studies.